Since the first introduction of a Value Added Tax in France in 1954, it has now been adopted by 174 countries around the world. This follows the adoption of VAT / GST this month by Suriname, Palau and Guinea-Bissau.

SOUND UP!  for 100 second history of 68 years of the proliferation of VAT and GST around the world:

You can check all the VAT, GST or sales tax rates in over 303 jurisdiction on our live global VAT rate database.

A 20 other countries, notably the United States of America, have instead adopted a sales tax, a single-layer turnover tax. A further 20 states have no broad-based consumption tax regime. 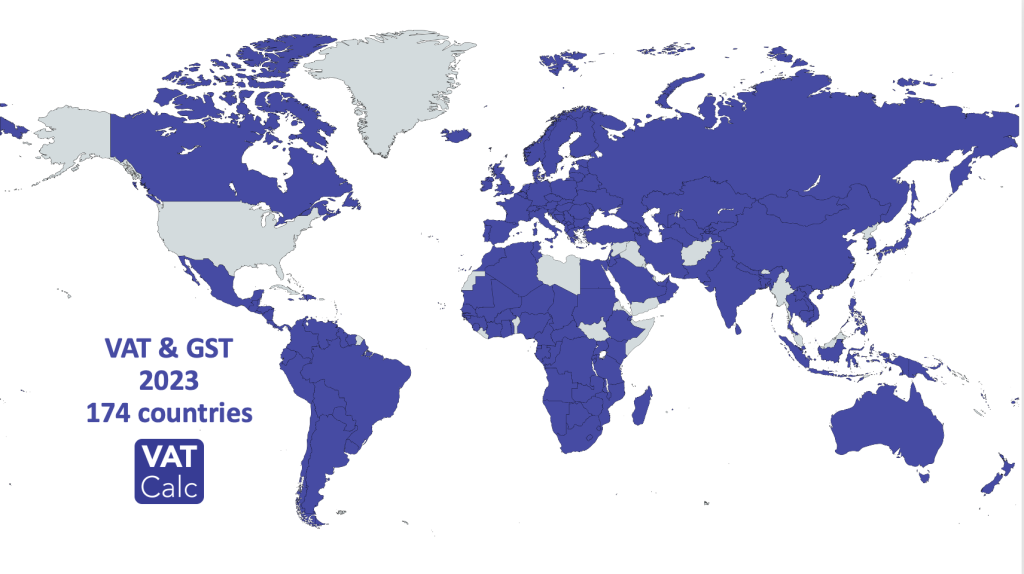 Which countries will adopt VAT next?

The countries likely to add to the total include:

Countries with VAT or GST Jan 2023

Which countries have Sales Tax and not VAT?

20 countries have sales tax and not Value Added Tax or Goods and Services Tax: